How to Beat Procrastination: 7 Actionable Tips

Unlimited time tracking for everyone on your team. Sign up FREE. No credit card required.

Give it a try

These days, working from home now makes up most, if not all, of our work lives. For some people, home working allows them to be more productive as they’re less likely to get pulled into unscheduled meetings or spend time on office chit-chat. However, one thing working from home requires is more self-discipline. Sometimes it can feel far too easy to put off tasks until the last minute and spend time procrastinating instead. Avoiding procrastination can feel harder than ever when you’re surrounded by home distractions like the TV or household chores.

Procrastination is something we’re all guilty of. In fact, it’s estimated that 20% of adults are regular procrastinators!

Here’s how you can overcome procrastination, use your time more productively and start getting those looming tasks done.

Procrastination is defined as unnecessarily postponing or delaying a task despite knowing that doing so will have negative consequences. To fully understand how to beat procrastination, it’s important to understand what it’s not:

One of the biggest misconceptions about procrastination is that it equates to laziness or poor time management. But science says that this is far from the truth and that it is actually all about our mood:

“There hasn’t been any convincing scientific evidence to say procrastination is the result of poor time management. But we can easily say it’s all to do with mood management” – University of Sheffield’s Dr Fuschia Sirois, a researcher on procrastination.

We don’t procrastinate because we can’t be bothered to do a task. We know we want and need to get it done – but associate the task itself with negative emotions that we don’t want to confront. The task in question may cause you emotions such as anxiety, self-doubt, boredom or frustration. Our brains naturally want to avoid those emotions, so we opt for other tasks that give us a temporary positive emotion.

This leads us to the next thing that procrastination gets mistaken for: relaxation. When we opt for a preferable task to the one we really should be doing, we may feel good. Organising your spice rack might feel satisfying and give you temporary relief, but the point is that you will be completely aware that you are procrastinating, which can actually increase levels of stress and anxiety.

So what is procrastination?

Procrastination is a form of self-harm

Professor of motivational psychology, Dr. Piers Steel, states that procrastination is “self-harm.” The more time we spend not doing the task we need to, the greater the consequences, the higher our stress levels and the worse our overall mood. Procrastinators are prioritising the wellbeing of their current selves instead of looking at the bigger picture and considering their future selves.

1. Break down the task into smaller tasks

Sometimes we procrastinate tasks that we know will take a long time to complete. They can feel incredibly overwhelming. To tackle this, start thinking of your task in parts. Break it down to smaller, easier milestones that feel a lot less scary.

For example, say you really want to get in shape. Each day that goes by, you find yourself completing other tasks instead of actually trying to get in shape. That’s probably because you know that ‘getting in shape’ is a big task that won’t happen overnight. Trying to achieve it seems impossible from the start, so you keep putting it off.

Instead, you’d be better off breaking down ‘get in shape’ into smaller parts. You could start with going for a 10 minute walk a day. Then you could introduce visiting the gym for 30 minutes twice a week, and so on. These tasks feel much more achievable and will help you complete your ultimate goal of getting in shape, but in a way that feels far less daunting.

2. Make a schedule and stick to it

Scheduling time to complete your task will help you to prioritise it. Mark out some dedicated time in your calendar to work on your task and promise yourself to work during this time only – no more and no less. Doing this will help prevent you from feeling overwhelmed and overworked. The goal is to minimise negative emotions so that you won’t keep procrastinating and will start doing.

If your task is particularly unappealing, start by blocking out only a small amount of time. For example, if you’re really dreading writing up a report, schedule in 10 minutes to work on it. Knowing that you only have to spend such a short amount of time will help you feel better about it. You can up the time gradually and you’ll be done before you know it.

To keep track of your time accurately and efficiently, check out Quidlo Timesheets.

Once you’ve broken down your task, it’s important to trick your brain into associating the completion of them with positive emotions. Each time you complete a step, do something you enjoy – go for a walk, watch your favourite show, eat some chocolate!

Reserve an especially attractive reward for when you complete the whole task.

No, this tip does not involve French cuisine! ‘Eat the frog’ was invented by author Mark Twain, and later named by Brian Tracey. Twain said that if the first thing you do each morning is eat a live frog, “you can go through the day with the satisfaction of knowing that it is probably the worst thing that is going to happen to you all day long.”

You’ll be relieved to know that we’re not talking about actual live frogs here. The ‘frog’ is a metaphor for your most important task. The ‘Eat your frog’ method requires you to complete the biggest, most important task first. By getting the most urgent task done and out of the way first thing in the morning, you won’t even have a chance to start procrastinating or overthink. Repeat this method every day as part of your routine.

Doing more difficult tasks first thing in the morning is a good idea. The morning tends to be when we feel the most inspired and productive.

Sometimes the best way to get something done is to make a public commitment to do so. Humans are incredibly social and we care a lot about how others perceive us. This can be a great incentive to stop you from procrastinating as you’ll want to avoid losing the respect of others.

6. Make it more difficult to procrastinate

Take a look at your work environment and make it harder to procrastinate by removing all distractions. This can be everything from putting your phone in another room, to removing YouTube from your bookmarked tabs. The harder it is for you to procrastinate and get sucked into other activities, the less likely you are to do it.

7. Don’t beat yourself up about procrastinating

Procrastinating is part of being human. It’s something we are all challenged with in our day-to-day lives. Forgive yourself for procrastinating and practice self-compassion. It doesn’t matter that you have procrastinated in the past – focus on the future and give yourself a break if you slip up.

Prevent procrastination with our free, simple and user-friendly app today. 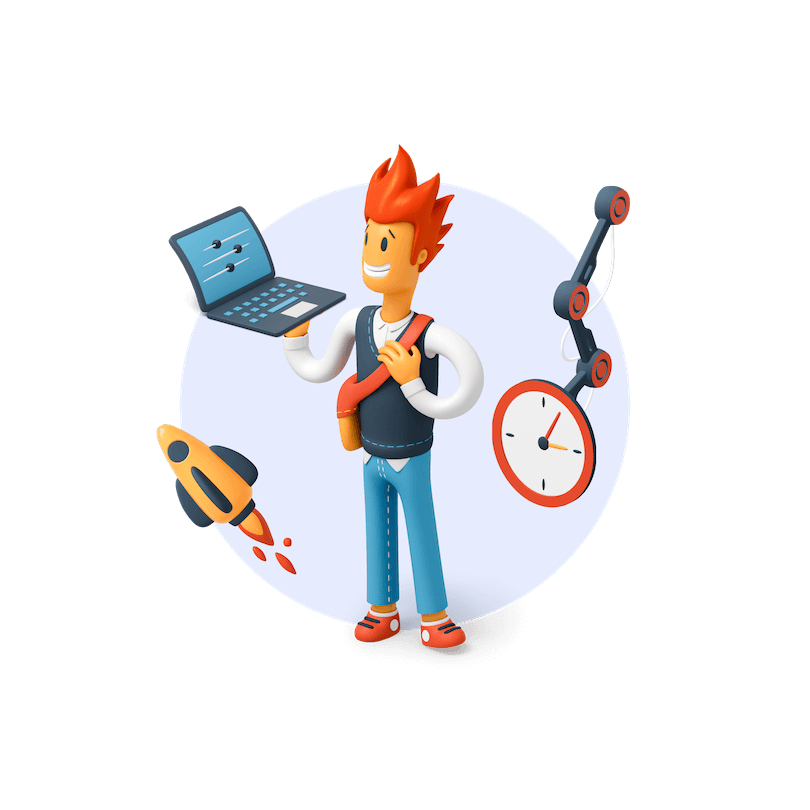 We’ve compiled a list of the 10+ most useful employee timesheet software in 2023. 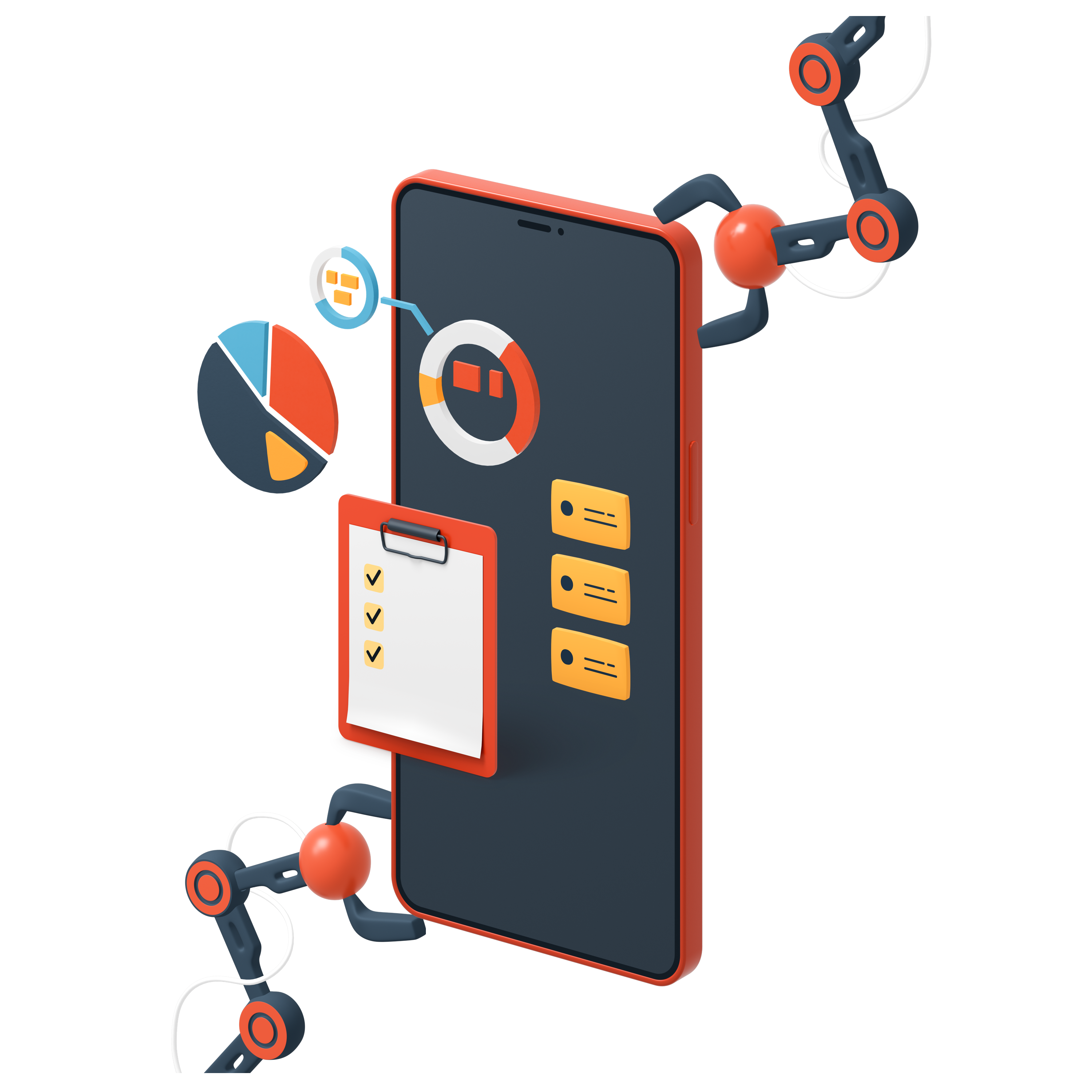 The start of the New Year is a chance to set a plan for your career and personal development and start new habits. In this article, we’ll give you several New Year’s resolution templates to get you started. 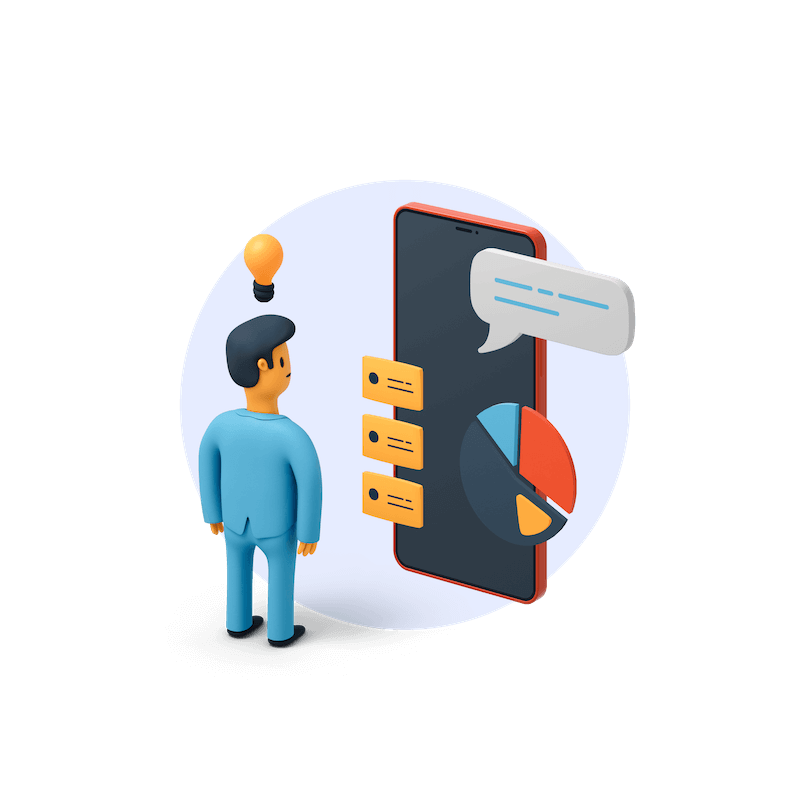 There are a variety of Focus apps available, so finding the right one for you can be a challenge. To help you out, we’ve compiled a list of the 13 best focus apps.

30+ Procrastination Facts and Statistics You Were Not Aware Of

Procrastination can lead to feelings of stress and anxiety, and it can even negatively affect your health. In this post we have summarized all important procrastination facts. Keep reading to find out! 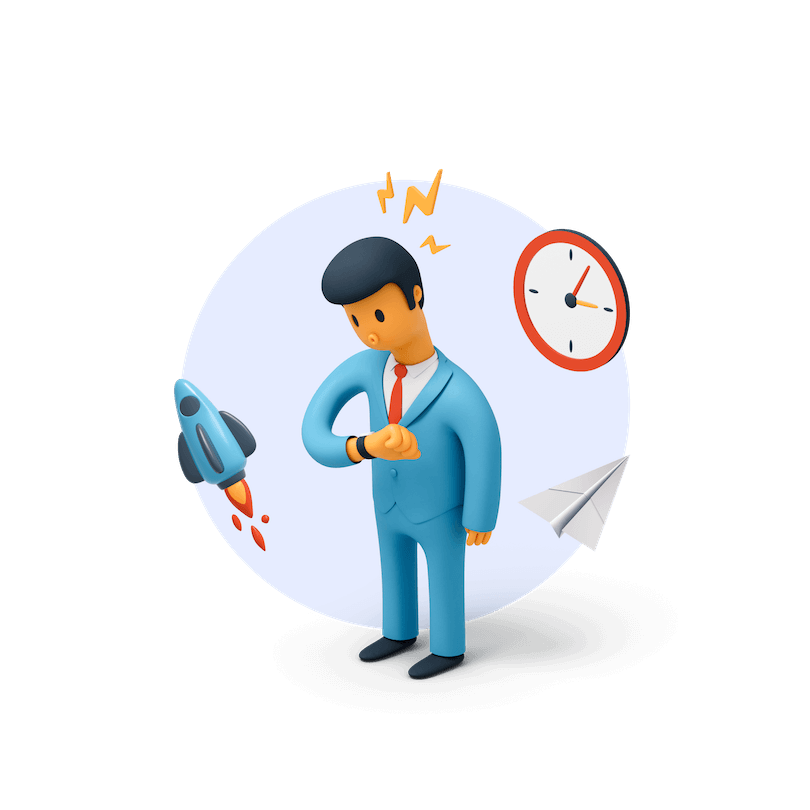 How To Boost Productivity with 1-3-5 Rule

In this article we explain the 1-3-5 rule. This simple yet effective productivity method can help you get more done in less time.

Looking for ways to improve productivity? 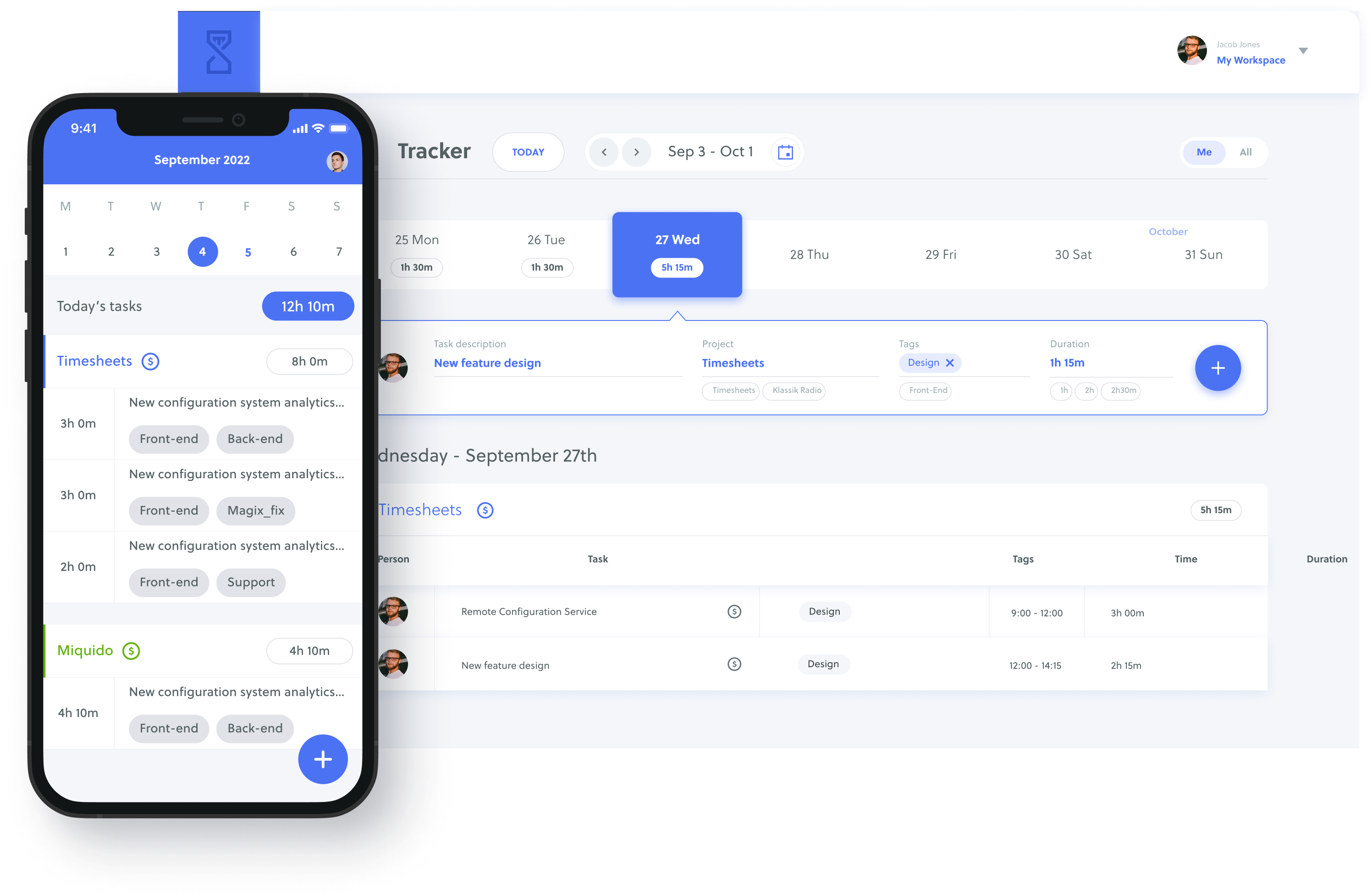 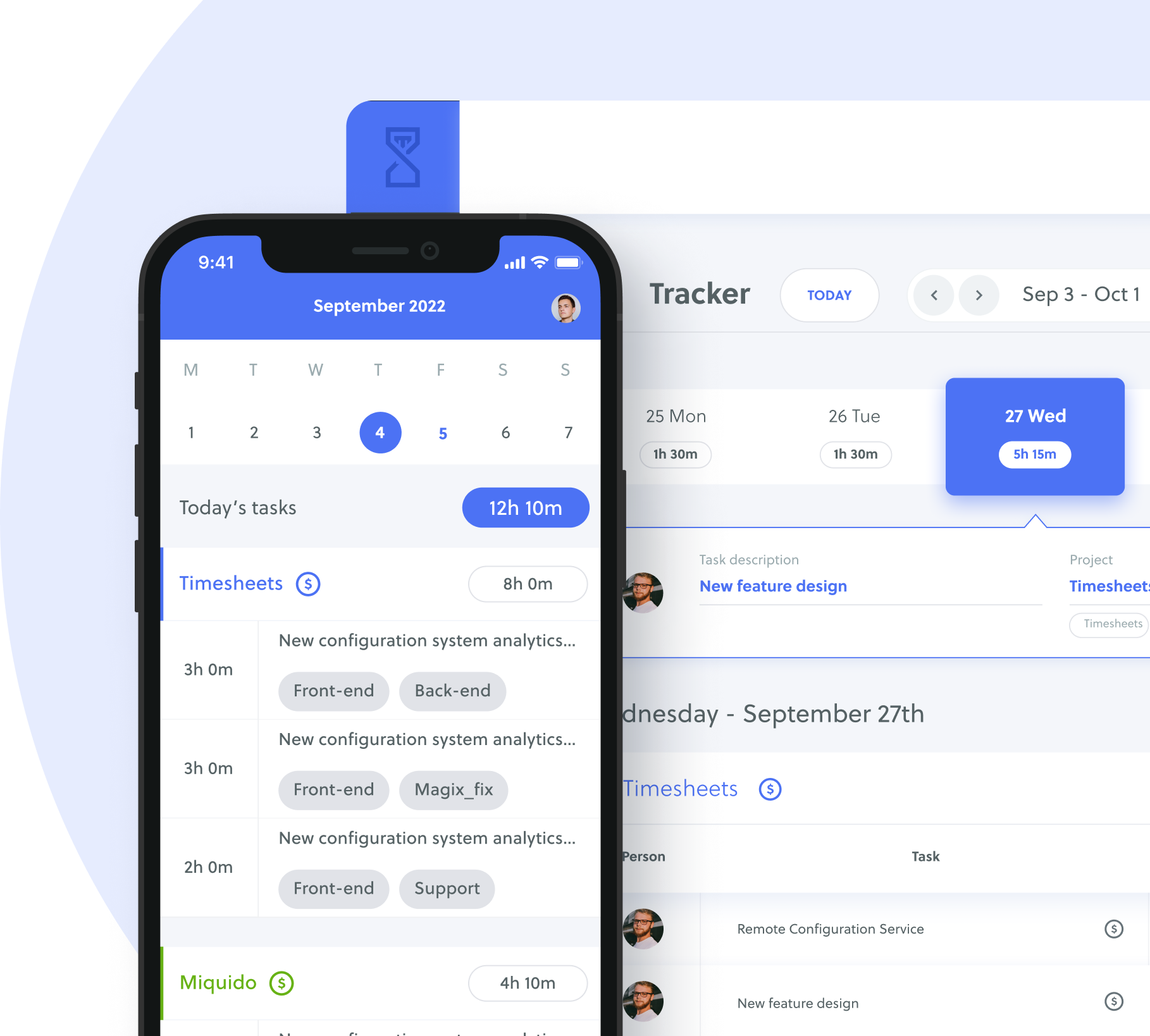